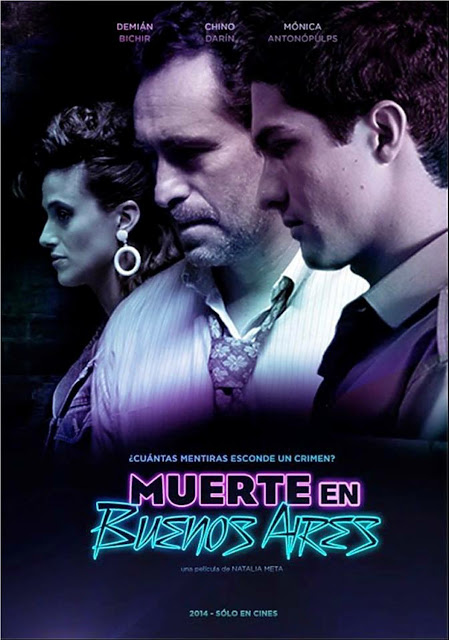 It's year 1980 and we are in Buenos Aires. The wealthy gay man is murdered  and inspector Chaves is on the case. In order to find the culprit he has to plunge into the world of gay nightclubs, drugs and sex. But what is it with the young and handsome officer Gomes, who was the first on the crime scene, and seems to place himself with ease as a mole into a gay community? Is he trying to catch the killer? Or hiding something? As suspicions arise, Chaves is haunted by the feelings he does not understand. Will the fatal attraction to a younger man help him to solve the case, or be his undoing?

First time director Natalie Meta is "spot on" on the upbeat atmosphere of the 80s without too much expense. She cleverly uses the pop tunes, over-the-top clothes and many other ingredients to recreate the time. The murder mystery is secondary, and the movie is focused on the relationship between the two men, full of innuendoes and mistrust. The very simple cinematographic choices at times turn surreal, like the one with wild horses running thought the night Buenos Aires.

Demian Bichir as Chaves, is very much in demand Argentinian actor, struggles a bit with a role of a macho who is also a bi-curios; but his young partner in crime Ricardo Darin is oozing with charisma and is believable as a heartbreaker for males and females alike.

DEATH IN BUENOS AIRES is a lighthearted but unexpectedly dark crime story. With a a murder mystery premise, it quickly spirals into a melodrama and the ending may even take you aback. Nothing in this movie, however, can be taken too seriously. Natalie Meta is a director to watch. THE DEATH IN BUENOS AIRES may not be the best film you see this year, but it is thoroughly original.

Popular posts from this blog 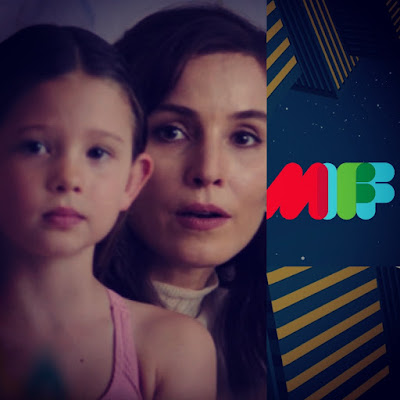 9/10
Haunted by her tragic past and fighting a bitter custody battle with her ex husband Lizzie is losing her grip on reality. At her son’s friend’s birthday party Lizzie sees a girl named Lola and somehow recognises in her the baby she lost many years ago. Convinced against all logic that Lola is her own daughter miraculously brought back to life, Lizzi starts following the girl around. As her obsession intensifies, how far can she go before a new tragedy befalls all involved?
ANGEL OF MINE is one of those films that benefits from walking in blind and just taking it all in at face value. Based on the French drama film L’EMPRIENTE the English version is much further into thriller territory than the original, building up an almost unbearable tension.
These are tour de force performances for the stars Noomi Rapace (Lizzi) and Yvonne Strahovski (Claire, Lola’s mother) as the first spirals out of control and the second is consumed by suspicion and fear. Their dynamic easily warrants a secon…
Read more 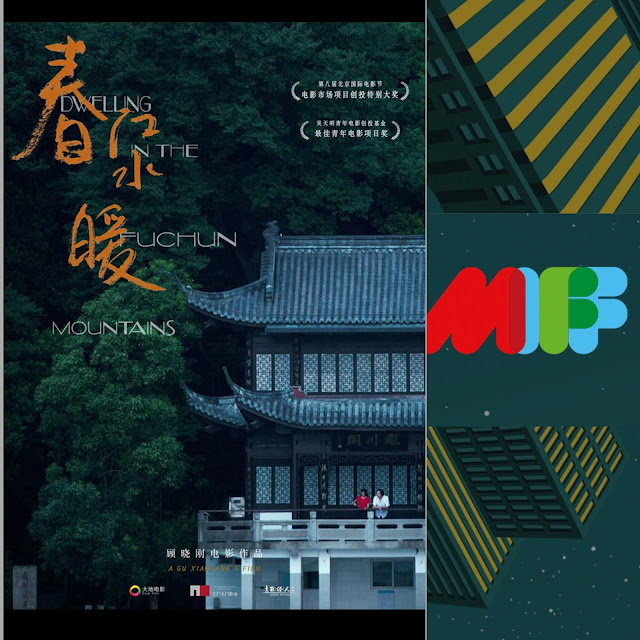 8/10
Originally DWELLING IN THE FUCHUN MOUNTAINS is the 14th century Chinese painting by the famous artist Huang Gongwang. The movie is the modern version of the painting’s landscape brought to life, where the changing seasons are interwoven with human lives.
Focusing on the lives of three brothers we follow them through their troubles and tribulations. There are many plot points, but the main ones involve the two young sweethearts who decide to get married against their parents’ wishes and the the life of the younger brother, that spirals out of control when he starts borrowing money from shady people.
The best thing about DWELLING is its authenticity, the  characters seem to live their lives normally and unaware that the camera is following them around. The movie also transpires the feeling of abandonment, as progress invades the corners of the world it is never supposed to, inevitably changing people’s lives, some for the best some for the worst.
To sit through the 2.5 hour film is a…
Read more 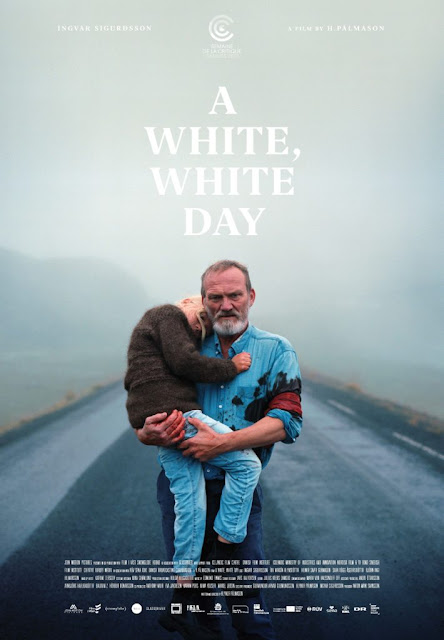 7/10
Ingumundur lives alone on a desolate farm. He is trying to rebuild his house and is looking after his granddaughter from time to time. He is quiet on the surface, but underneath he is grieving for his recently deceased wife. When a disturbing detail about his wife’s past suddenly comes to the surface it threatens to destroy the fragile peace he has created, and affects everyone he loves.
When the movie starts with good few minutes of a car driving down a misty road you know you are in for a long ride. The harsh landscape of the setting is almost a character in the film. It gives the movie almost a magnetic quality. But there’s a sense of imminent tragedy lurking underneath it all.
A WHITE WHITE DAY tells a seemingly simple story, but is secretive at times, letting the viewers decide for themselves what motivates the characters. And it is often what happens off screen  that has the real impact.
The cinematography however goes a bit overboard with still static shots of everchanging na…
Read more